Gases in your Aquaponics System 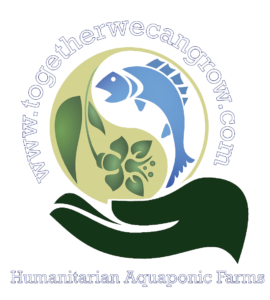 I wanted explain and unpack some facts about Gases in the Aquaponics system, how they get there, there positive and negative effect to the system and how to deal with them.

Gases are introduced to the system and are produced in the system, and knowing more about them will help you keep your system operating at its best.

I am going a little more technical then I want too, but it is important for you to understand about gasses and water in your Aquaponics system?

In this post I will break it down in parts about how gasses enter and are produced in the system their pro’s and con’s.

There will be a summary it will put things back to a less scientific explanation.

The Good, The Bad and The Solution

In most water sources, bores, wells, ponds and so on, is made up of the following gasses nitrogen (N2), oxygen (O2), carbon dioxide (CO2), hydrogen sulphide (H2S), Argon (Ar), Neon (Ne), Helium (He), these are dissolve gasses in water.

When this water then is added to the fish tank then ammonia (NH3) and methane (CH4) gasses are added to the mix.

As we all know the most important gas in water for fish is oxygen (O2), but unfortunately it can be one of the lowest gas in an Aquaponics system.

This chart is the concentration of gases in water that has contact with air. Oxygen O2, is the most important gas in your system and Fish and plant rely on it.

Dissolved oxygen (DO) is oxygen gas (O2) that is dissolved in water.  A lot of gases in the atmosphere, such as oxygen, nitrogen and carbon dioxide, naturally dissolve in water to some degree, and are invisible in water once they become dissolved. Because oxygen is so important in an Aquaponics System we increase the oxygen dissolved in water by pumping into water via aerating pumps.

Challenge for Aquaponics Systems is to ensure that the water is oxygen rich that is measured by, how many Molecules of oxygen (O2) are in water, see chart below. Nitrogen (N2) is very necessary for fish and plant growth and without your Aquaponics system will not function. But too much nitrogen is devastating to the fish and can be harmful to plant production. Nitrogen is introduce to the system in two ways, one being in the water as a natural gas and the other which is why the levels grow high is in Fish production.

Fact; Nitrogen (N2) is the most common gas in water and at more than 3-5% of saturation, will kill fish in your tanks. Refer back to the chart above

Carbon Dioxide; when fish consume oxygen, CO2 is released in the water, and too much carbon dioxide will slow your fish growth or even be lethal. So it important that CO2 to remove as quick and effectively as possible from systems water.

Ammonia (NH3) is the most toxic of these gases as it damages fish gills as the fish is absorbing oxygen through the gills, the irony here is that when fish breathing oxygen via their gills, they product most of the ammonia in a system via their gills.

Other gases in the system are less important and harmful as the ones I have just mentioned and it’s due to their levels.

So how do we deal with these bad gases and increase the good gases?

Degassing is the method used this is done via a;

Degassing towers or active aeration are two principles, which are commonly used in Aquaponics systems. These methods work well but one thing no one ever tells you that degassing affects all gases the bad and the good, such as dissolved oxygen, carbon dioxide, and other gasses in the chart above.

Notable mention here is that Ammonia will be dealt with your Bio-Filter better than be degassed so make sure your Bio-Filter is suitable to your fish production, and if you manage your nitrogen levels your plants with thank you.

Those degassing will release all gasses it is important to understand, the Carbon Dioxide CO2 from fish product is significantly high in ratio to oxygen in water, this can be up to 80% more. So when degassing water that will be the ratio is what is be released / dealt with.

Let me help with a summary:

The questions to ask yourself is;

Where to place it, in your degasser in the system?

Where to place it, in your Aerator in the system?

I am no expert or a scientist in the Aquaponics field, but I have been involved with Aquaponics projects for a longer time and I want to give you my opinion on all the Ba Ba Ba about Aquaponics, you can take or leave it?